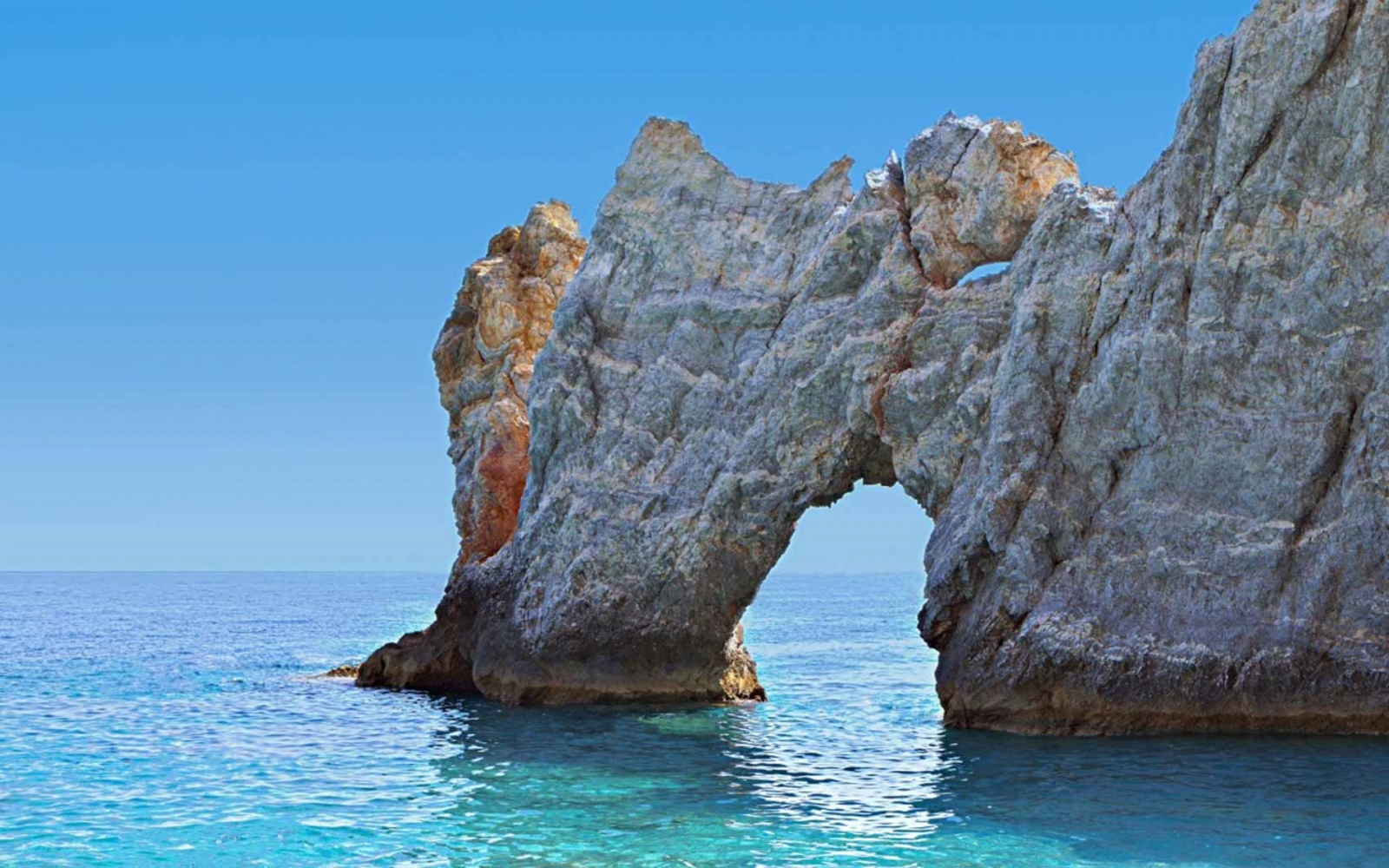 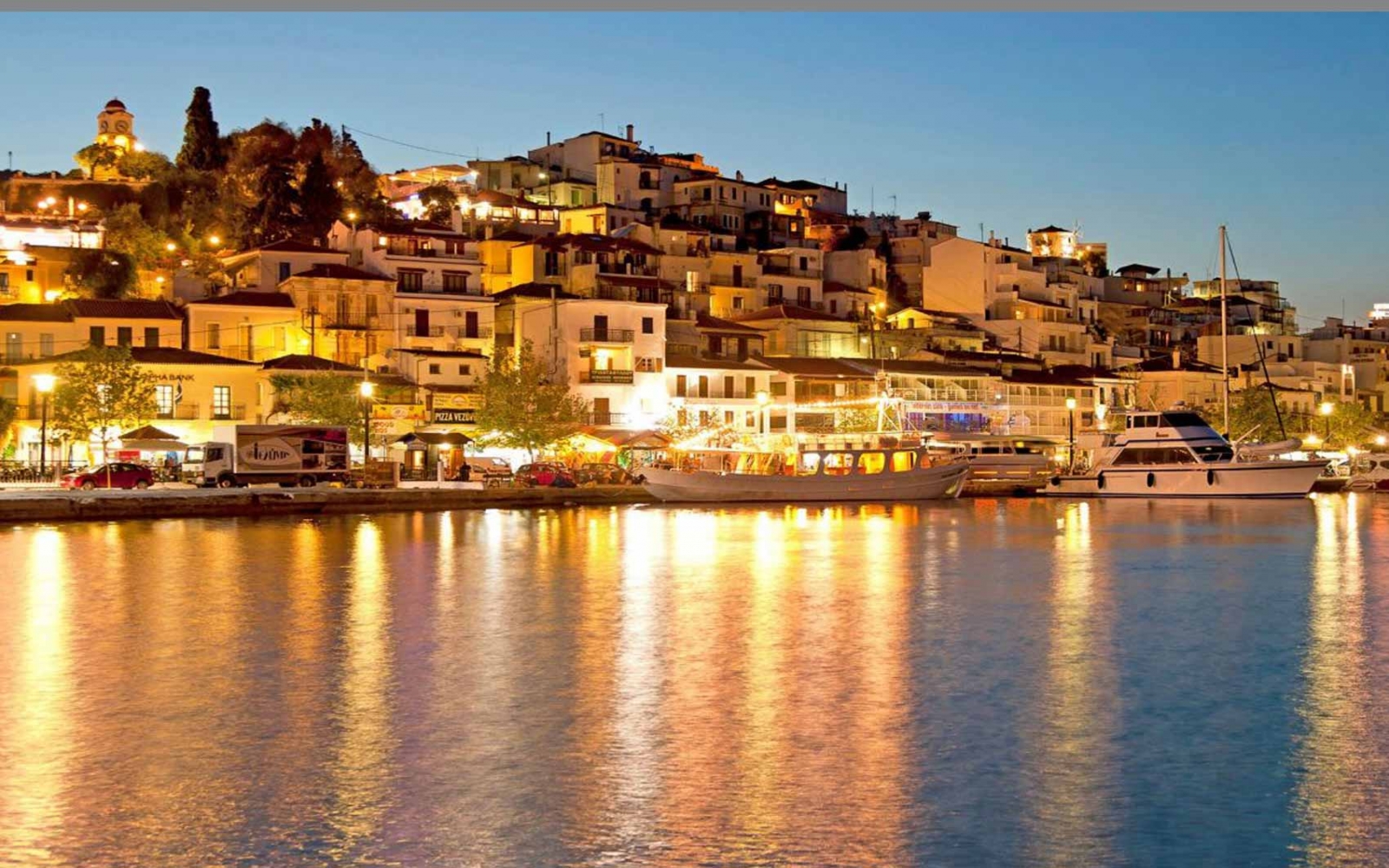 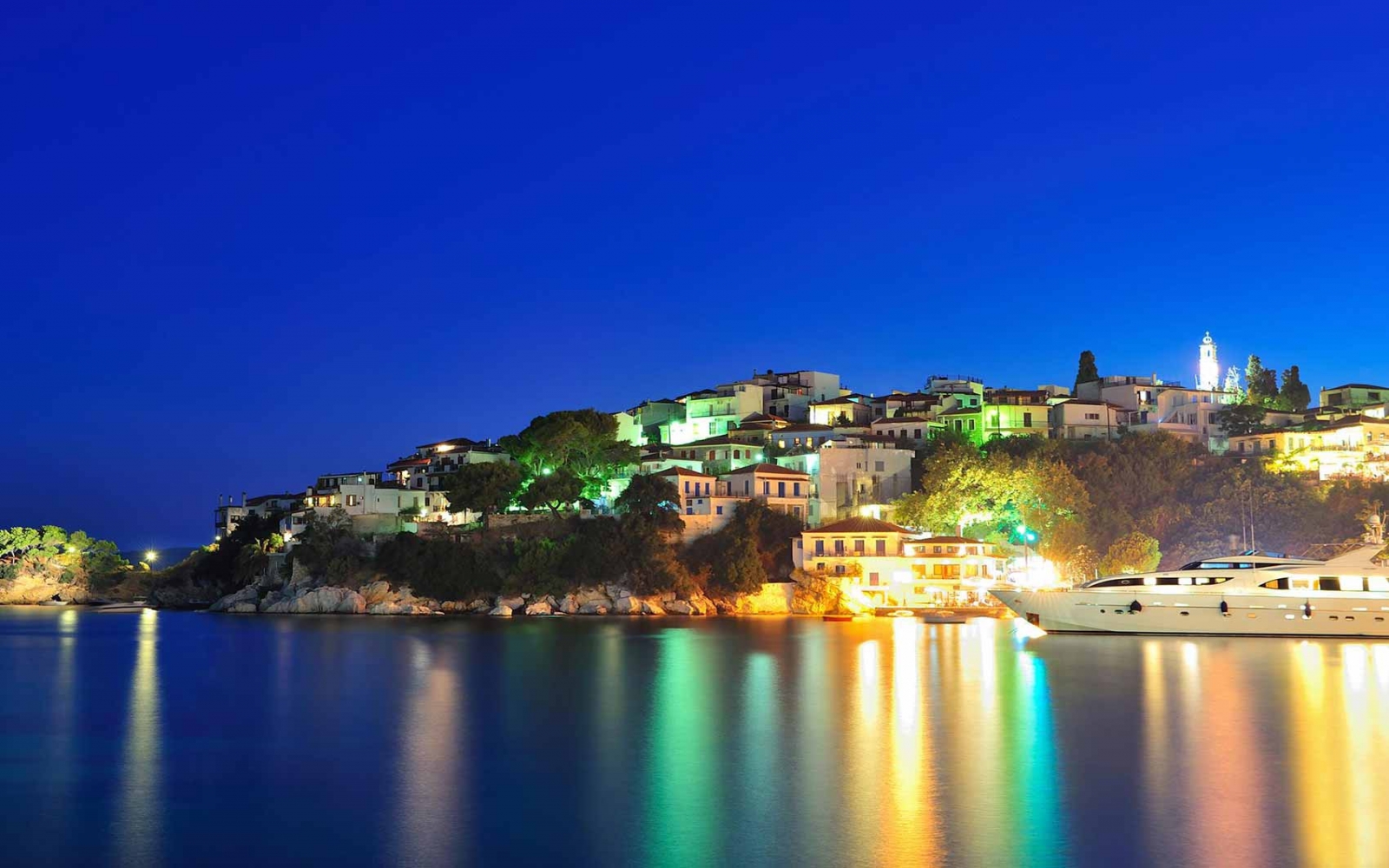 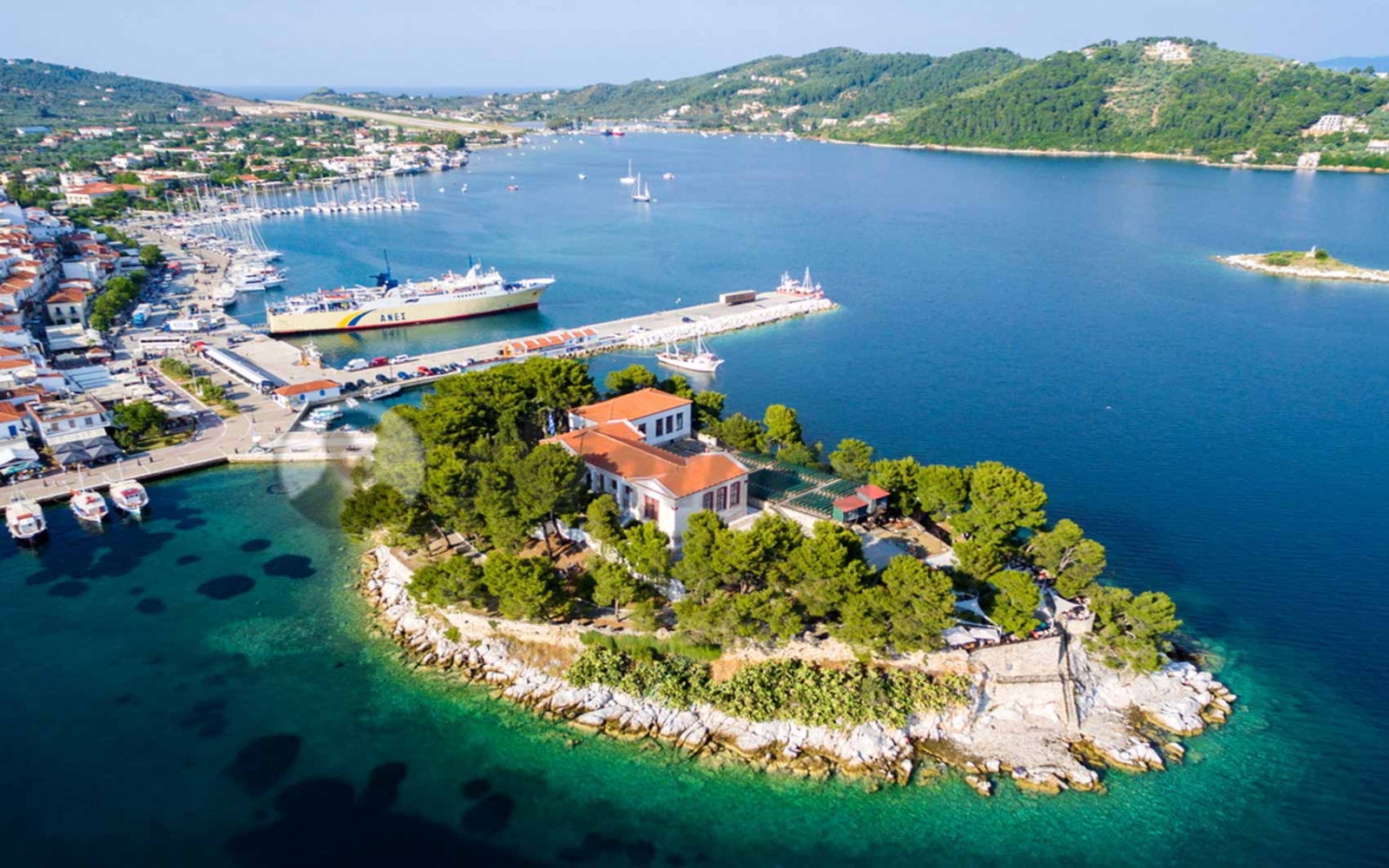 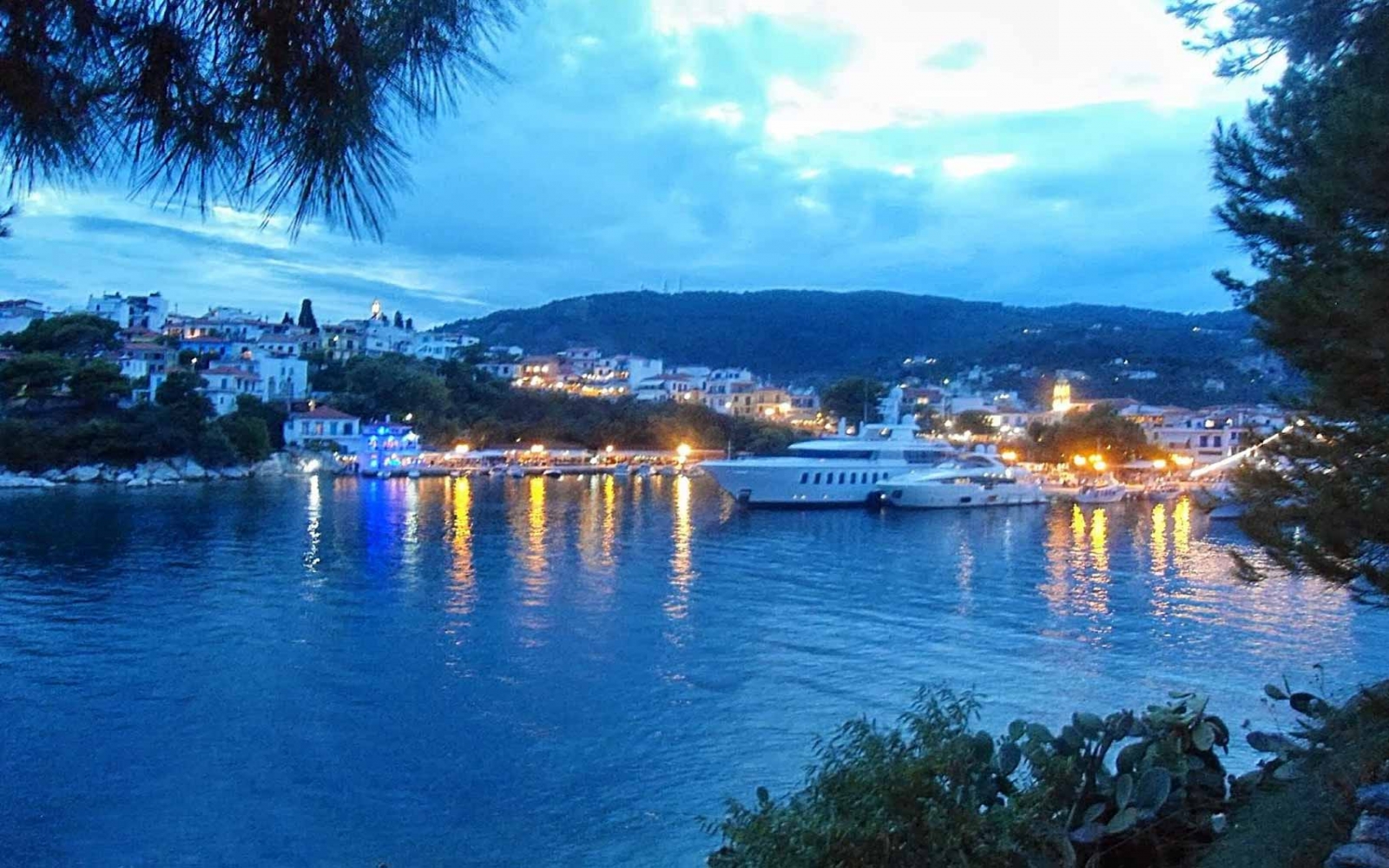 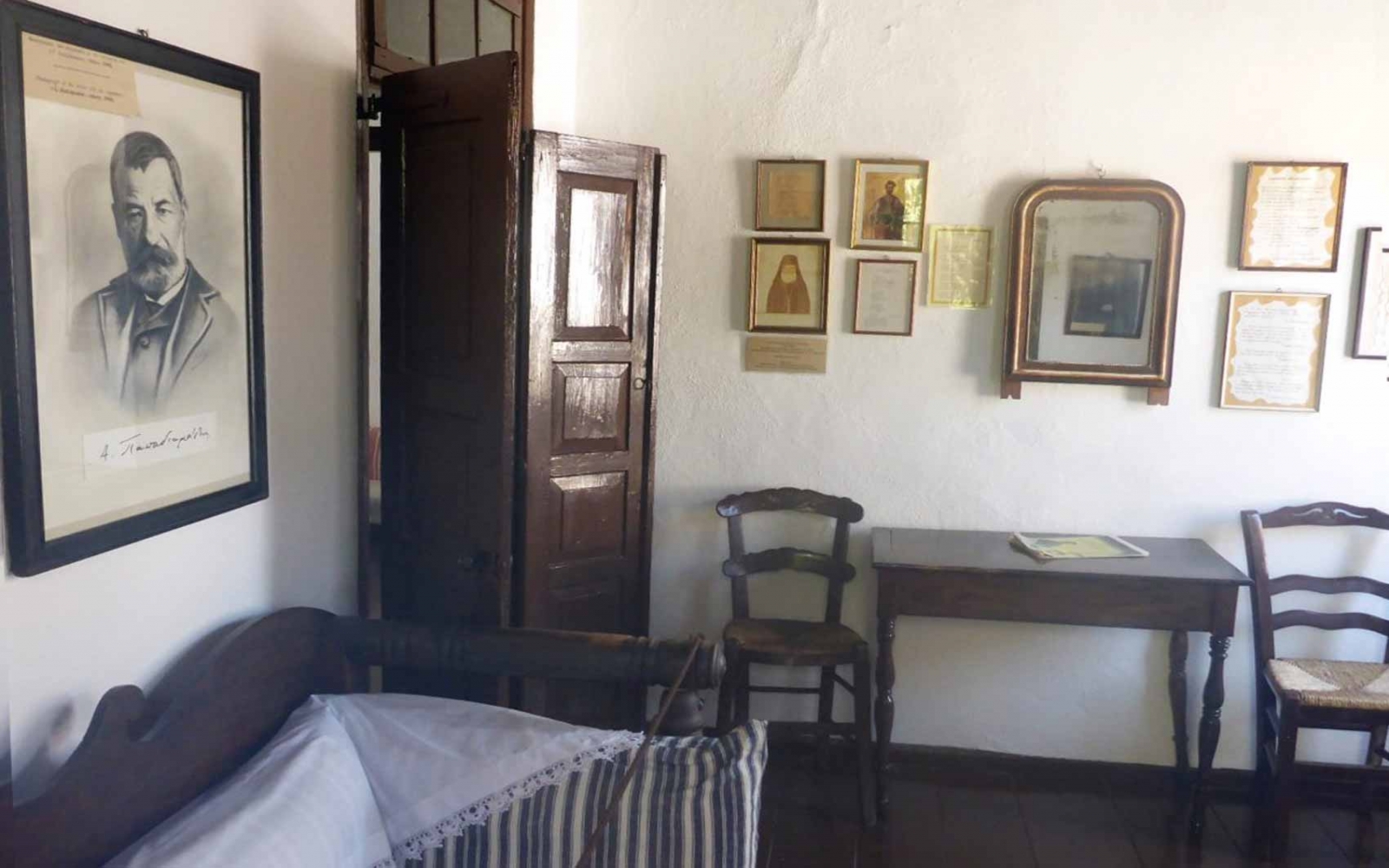 Skiathos is an island of Sporades, in the Aegean Sea. Administratively, it is a part ofMagnesia Prefecture. The home of Alexandros Papadiamantis, the famous Greek writer, is just 2.4 miles from the coast of southern Pelion and 4 miles from Skopelos. It has an area of 48 square kilometers, a length of 12 km and a width of 9 km. The south side of the island has a large tourist development, while the north remains physical and unexplored.

In front of the town lies the Bourtzi, a verdant hill rising from a small headland. Bourtzi is home to the cultural centre of the Municipality of Skiathos, where cultural events are staged throughout the year, but especially during the summer as part of the 'Oneiro sto kima' festival.

An important role has been played in the history and culture of Skiathos by the island's churches and monasteries, which the local people continue to visit on feast days, in accordance with the religious traditions of the island.

The church of the Trion Ierarchon, the metropolitan church of the island, was built in 1846 and it a three-aisled basilica. It contains the miracle-working icon of the Panayia Eikonistra, found in 1650. The Evangelistria monastery, founded in 1704 by monks from Mt. Athos, is famous for the part it played in the years of the Greek War of Independence.

The island is connected with ferries with the city of Volos (3 hours journey) and hydrofoils (1 hour and 10 minutes journey). From Agios Konstantinos, there is a hydrofoil (1 hour and 15 minutes journey) and ferries (3 hours and 30 minutes journey). Skiathos is connected with Athens by air (journey time 40 minutes) with regular services to Olympic Airways. In the summer, the flights are rising with connection to the most European countries (average 65 flights a week). The airport is located 4km from the town of Skiathos and passengers to and from the airport are transferred with coaches of Olympic Airways and of other tourist offices. 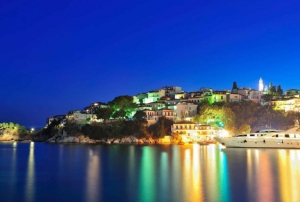 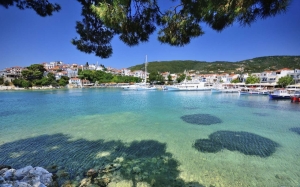 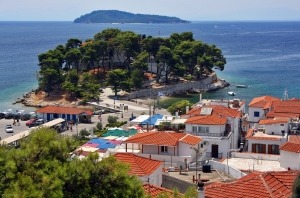 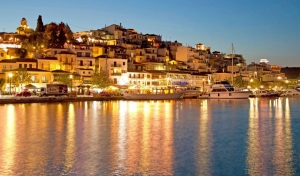 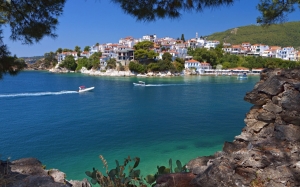 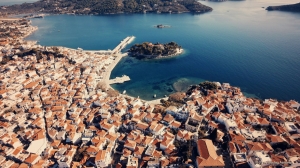